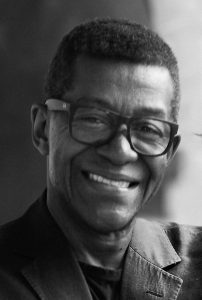 Arthur was born in Accra, Ghana. Prior to his education in the UK, he spent his early childhood in Freetown, Sierra Leone. He was educated at Queen’s College, Taunton, and studied Architecture at The School of Architecture at The University of Sheffield from 1975 – 1981.

Arthur is an architect with extensive experience in the design of commercial, residential and leisure projects in the United Kingdom and overseas. He established his studio; Timothy Associates in 1986 after gaining experience working for a number of established architectural practices in London including his design work on the Hay’s Galleria by the River Thames at London Bridge.

The work of Timothy Associates has been widely published and exhibited at the Royal Academy, and Arthur’s drawings are retained in the Royal Institute of British Architects Drawings collection. Arthur has been profiled in a number of publications including Building, the Sunday Times, GQ magazine.

Arthur was the inaugural Chair of the Stephen Lawrence Charitable Trust, a charity which provides scholarships and bursaries to enable disadvantaged students to study architecture in the United Kingdom, the West Indies and South Africa. During this time he worked with Doreen Lawrence in shaping the direction of the Trust and in establishing a centre in the name of Stephen Lawrence.

BBC featured Arthur as part of its 'Proud to be an architect' film series featuring profiles on various architects including Christopher Wren and I.M.Pei (Ieoh Ming Pei)